Griffin Food Company was founded in 1908 by John T. Griffin. Today, Griffin Food Company is still owned and operated by the Griffin family, with John W. Griffin, grandson of the founder, as President. he continues in the tradition of his forefathers as a company dedicated to the quality of their products.

From our manufacturing plant in Muskogee, we ship many products to our customers that continue to have the highest quality. We encourage you to try our syrups, jellies and preserves, yellow mustard and jalapeno mustard. We produce two of “Oklahoma’s Favorite” products, Griffin Waffle Syrup and Griffin Strawberry Preserves.

In changing retail selling environment, Griffin Food Company takes pride in our ability to respond quickly to our co-packing customers’ needs. We have the capabilities to formulate products or use your current formula. As a manufacturing company we provide the facilities, equipment and people needed to meet your selling needs.

We are equipped to fill syrups, molasses, imitation vanilla, mustard, and bbq sauces. We can handle large-volume production and deliver high-quality finished goods when and where you need them. 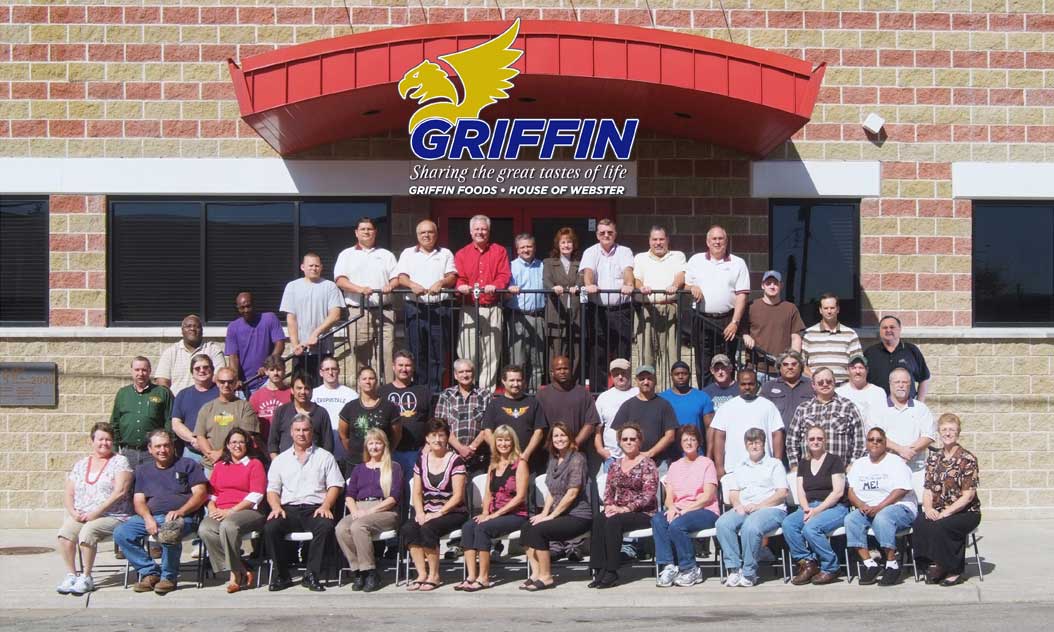 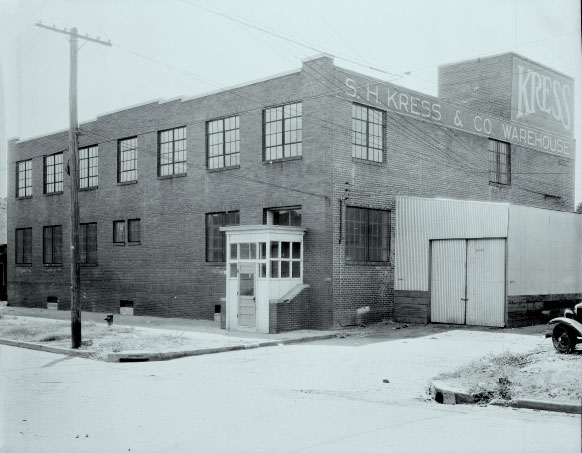 Family owned and operated since its inception, the Muskogee-based Griffin Food Company, a manufacturer and wholesaler of syrups, baking products, jelly, preserves, mustard, peanut butter, and other comestibles, was founded by brothers John T. and Charles M. Griffin in 1908. Following John Griffin’s graduation from business college in 1902, the siblings left their hometown of Houston, Mississippi, and headed west to become grocers.

The Griffins’ first store was unsuccessful. It opened and closed in 1902 at Durant in the Choctaw Nation, Indian Territory (present Oklahoma). For the next six years they worked for a Durant wholesale grocery company. When that company expanded, John Griffin was transferred to McAlester in 1904. There he and Charles organized the Griffin Grocery Company in 1908. They sold only fruits and vegetables before adding a complete line of grocery items. The Griffin Grocery Company was incorporated under Oklahoma law in 1911.

Following Charles Griffin’s death in 1915, John Griffin began manufacturing products, beginning with coffee, in 1917. In 1923 he built a three-story building to house administrative operations, a warehouse, and a processing plant in Muskogee, a town centrally located to his operations at numerous facilities in Oklahoma and Arkansas. The company’s top-selling product, Griffin’s Waffle Syrup, debuted in 1930.

By 2000 Griffin Food Company employed approximately one hundred individuals, served a fifteen-state area, and had annual sales of several million dollars. Expansion and remodeling of the company’s Muskogee offices and warehouse were completed in 2002. At that time John W. Griffin, grandson of cofounder John T. Griffin, served as president.

IS GRIFFIN A GFSI CERTIFIED COMPANY?

CAN YOU BUY A CASE OF SYRUP DIRECTLY FROM THE COMPANY?

Yes you can, we sell by the case and ship it to you. Plus shipping and tax where required.

CAN YOU MICROWAVE GRIFFIN’S SYRUP?

Yes you can! Just don’t microwave the bottle.

ARE ALL GRIFFIN’S ITEM KOSHER?

All items that Griffin packs are Kosher covered by the Union of Orthodox Jewish Congregations of America (Circle U).

DOES GRIFFIN PACK ANY OF THE BIG 8?

At this time, Griffin’s packs no item containing Big 8 allergens.

WHERE CAN WE FIND YOUR PRODUCTS?

Our products are featured in most grocery stores in Oklahoma and the surrounding areas, if you have trouble finding our products please contact us.

This site uses cookies. By continuing to browse the site, you are agreeing to our use of cookies.